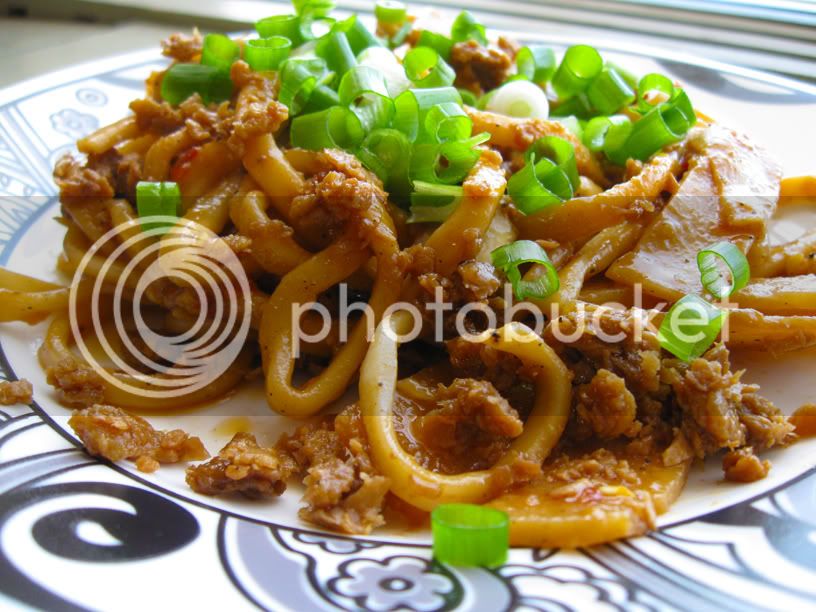 In my native country of Thailand, as well as in most parts of Asia, street food is a way of life; the world’s first “fast food.” In fact, it’s often times much cheaper to buy your dinner at one of the many food stands than it is to buy ingredients and cook it yourself at home. Personally, I love street food! Eating snacks or meals from push carts is one of my fondest memories from childhood. Peanuts that had been boiled in salt water; Sweet and tiny “fingerling” yams roasted over hot coals; agar agar jellies with coconut; Thai roti with sweetened condensed milk; Kao Paad – Thai fried rice; mochi with peanuts and coconut; roasted bananas with honey glaze – on a stick. These were some of my all time favorites.

I don’t know what it is about it, but eating the same things in restaurants simply isn’t as good. Perhaps it’s the novelty of the order and delivery. Maybe it’s because of your sudden heightened awareness of the things around you as you ingest your food while standing on asphalt (eating’s good, but best not to get clobbered by an oncoming bike while you’re enjoying your bananas). Maybe it’s the uniqueness of the presentation; there’s something to be said about sipping orange Fanta from a straw out of a rubber-banded sandwich baggie.

Ah, but here I am now in New York City, which has street food of its own sort, just not the kind I grew up with. A far cry from Irvine, at least, where there was no street food at all! I can’t really recreate a street scene for you in your living room; you’re just going to have to go and see for yourself. But I can share with you one of my favorite street foods, the epitome of haute cart cuisine…Dan Dan Noodles (Dan Dan Mein).

*Noteworthy in this recipe:
Nope, nothing beats the texture of fresh noodles, and luckily, NYC has them in abundance. If you find yourself without, don’t fret…dried Chinese stick noodles, udon, thick spaghetti, or even linguine will work just fine. Another interesting, uniquely Asian ingredient is black vinegar. Thus far, I haven’t found any with a hechsher. But again, fear not. This doesn’t condemn you to any less authenticity. Black vinegar is simply seasoned rice vinegar (which you CAN get with a hechsher) with some Chinese five spice added. Problem solved. The last ingredient you may not be familiar with is Sambal Oelek, a garlic chili paste very popular in Asia. This can easily be found in most American supermarkets these days, and with a hechsher.

“Meat”:
8 ounces Morning Star Farms ground “beef” (real ground beef or turkey may be substituted if you want a meat dish.)
Tamari to taste (about a teaspoon or so is usually good)
Splash of Sherry Cooking Wine or Rice Vinegar

Directions:
1) Cook noodles per package instructions to al dente. I used a full pound and used about half…just eyeball three servings. Set aside. Combine sauce ingredients in a measuring cup and mix well with a fork, emulsifying it somewhat. Pour sauce into a very hot wok and let bubble and sizzle a few seconds. Immediately add bamboo and noodles, and turn down heat to medium-low. Add hot broth, one cup at a time. Some people like their noodles soupy, others, less so. My version as pictured was made with about a cup of broth. Keep in mind that the starch from the noodles tends to thicken the sauce a bit, and the noodles tend to absorb the sauce, so make sure your noodles are al dente to start with.

2) Prepare the protein: Spray non-stick skillet with spray oil and add veggie beef (use about a teaspoon or so of oil if you’re using real meat and get it good and brown). Season with tamari and salt, if needed, to suit taste. If using real meat, use sherry or rice wine to deglaze the pan and boil off the alcohol, scraping the brown bits from the bottom. Set aside.

3) Place 1/3 of noodles into a bowl or plate, and make sure the sauce gets on it as well. Pour additional broth over the noodles, if desired. Top noodles with 1/3 of the protein mixture, and top with sliced green onions. Great with a cold beer and pickled veggies. Eat up!